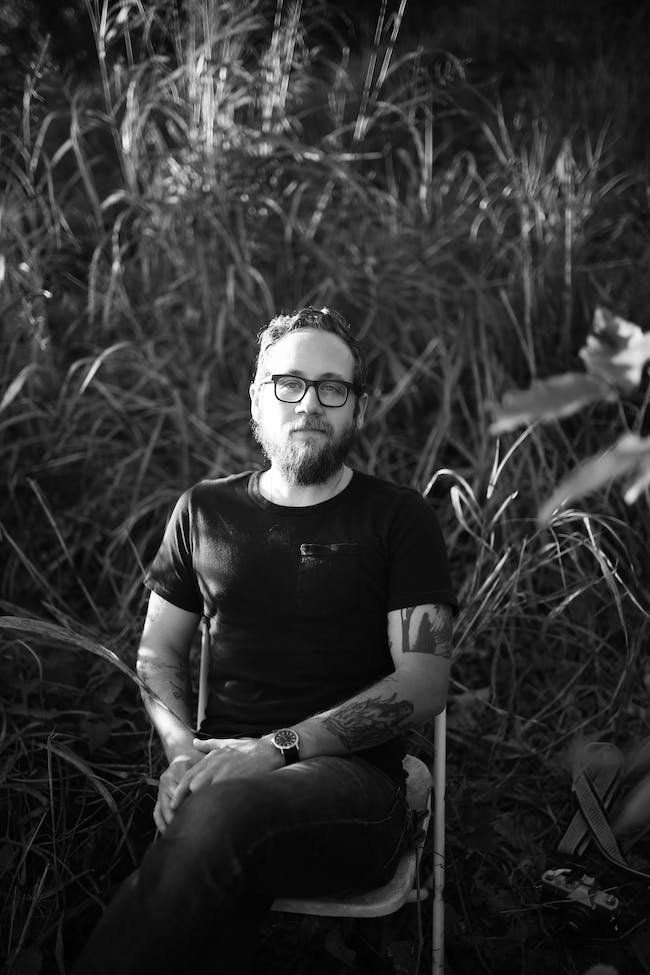 What does a songwriter who has mined darkness do when he finds a measure of contentment?

This was the challenge that faced Fayetteville, AR songwriter Justin Peter Kinkel-Schuster when writing his new album ‘Take Heart, Take Care.’ A songwriter who had success with Water Liars and Marie/Lepanto (his collaboration with Will Johnson of Centro-Matic) and has earned acclaim from NPR, Billboard, NY Times, and Paste Magazine now took time to reassess his writing process. Kinkel-Schuster, who everyone calls Pete, says, “I had, more than anything else, good things to say, and ironically I was unsure of how to say them. I’d spent so long yawping at perceived darkness both real and imagined, internal and external, that I was in a sense starting from scratch, learning to express something good in a way that didn’t feel cheap or silly or disingenuous to me.”

“It took a long time, relatively speaking,” he says, continuing, “It involved a lot more patience and consistency.” He is talking about songwriting but could be talking about the work of showing up for life. He lists the means that helped with the latter, all as if still unfolding: “Learning to stop making the same mistakes over and over. Moving to Arkansas. Meeting my partner. Finding peace and stability at home but being able to keep working. Finding a balance between all of these things. Being sober for a number of years and working on upkeep.”

This balance of which he speaks comes through in ‘Take Heart, Take Care.’ Characters are drawn to and away from other people. They seek both risk and comfort. In the album opener “Plenty Wonder,” he sings of the concept, allowing himself “Plenty wonder in this world still to be found.” The notion of balance comes up yet again when singer and songwriter Julien Baker reacts to the album. She says, "’Take Heart, Take Care’ is a beautiful intersection of grit and tenderness. Pete’s lyrics are immediately intimate; brutal enough to swear at you, but familiar enough to dispense gentle wisdom in its plainest form. This record is an appeal to the essentially human, a perfect balance of poetry and candor, full of soul-feeding truth and heart-breaking honesty."