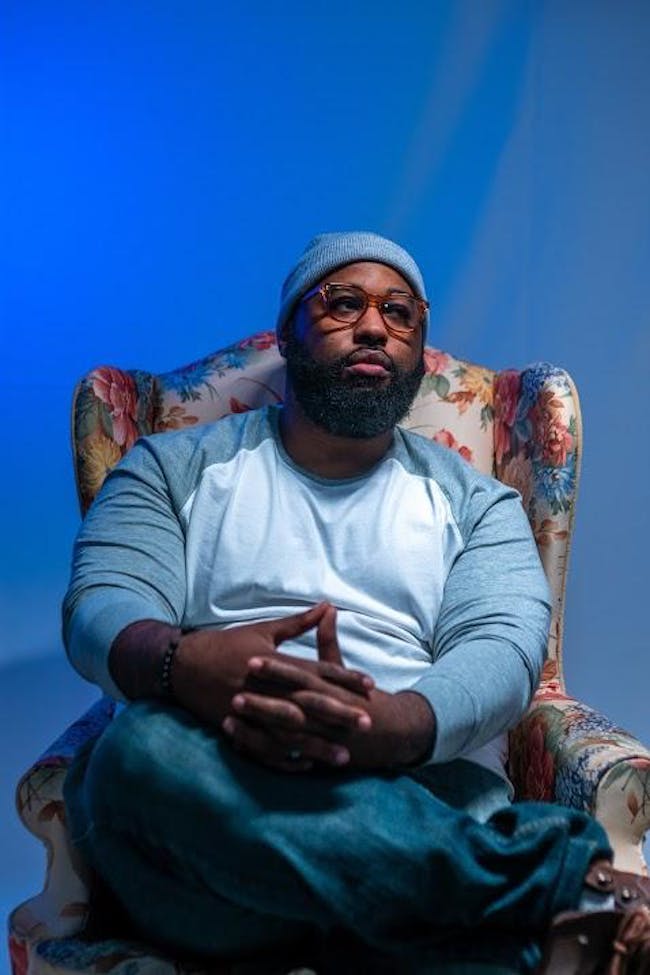 Pat Junior is a music artist, writer, and producer who was born in New York but mostly raised in Durham/Raleigh, North Carolina. His introduction to music, specifically Hip-Hop, was A Tribe Called Quest via his mother. At a young age, he would recite popular poetry by known black authors and write his own poetry, which then evolved into writing rhymes to some of his favorite MC’s instrumentals. He has opened opened up for the likes of Oddisee, NoName, JGunn, Black Milk, Kooley High and other champions within the genre, sold out his first headlining show in 2018, graced the front cover of the INDY WEEK in 2017, played on a premiere spot in the Hopscotch Music festival and continues to take strides and make prominent landmarks in his career. Through his music, his goal is to share hope, love and even the lowest moments in life so that in time, others can be brave and overcome those moments, too. His eclectic sound and take Hip-Hop/Rap paired with his unique lyricism is bold, captivating, encouraging, and insightful and sets the stage for his excellent live performances.

Oak City Slums is a prolific producer of high energy beats, Oak City has earned a reputation as a tour de force in the Triangle music scene, constantly pushing the boundaries, not only as a beat-maker, but also a highly skilled live set technician. From Jersey club to footwork, bass, and neck breaker, one thing is for sure: you won’t be able to stand still while he’s performing or behind the decks.

A smooth and cheerful aura combined with unique style and therapeutic vocals, Cyanca is gaining momentum with some of music’s best critics such as 2DopeBoyz and Revolt. Her personality and eccentric style capture your attention, but her voice commands it. The honesty in her music stems from personal experiences and Cyanca believes packaging and delivering her heart to listeners will provide them comfort, energy, and a heightened love of self. Her hit single "New Phone, Who Dis" is a testament to continuously moving forward through your personal grind. Ignoring distractions [people] who aren't vibrating on the same wavelength, Cyanca sings, "If you really ain't tryin' to grind we can't be textin'."

The label of producer is barely able to describe the artistry of musical prodigy Tony G. Tony uses his musical genius to create a listening experience that will take your ear through various elements of sound and will seek to increase your consciousness. He is passionate about creating music that will inspire the younger generation, yet stimulate the minds of millennials. His primary goal is to push the limits of his creativity and reach avenues that music has yet to explore. Tony G's musicality is influenced by J Dilla, Hi-Tek, Timbaland, Pharrell Williams, and Black Milk. The music you will hear by Tony G will be new, fresh, and ultramodern.