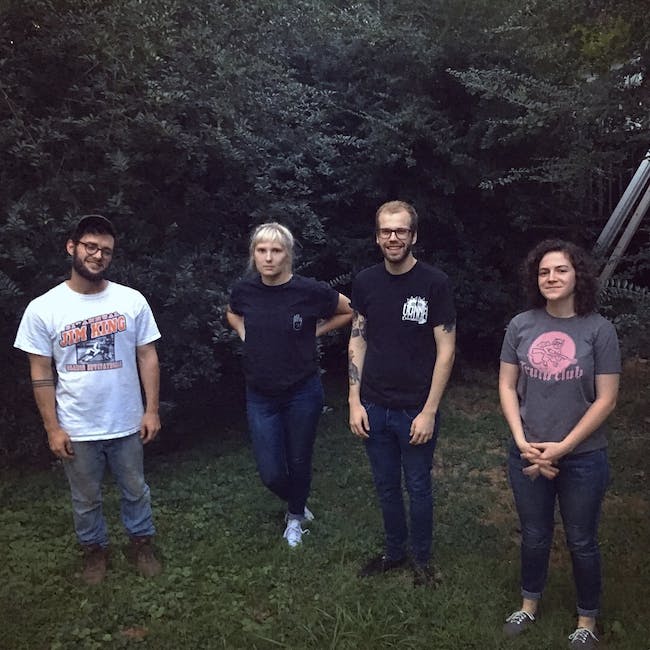 Raleigh four-piece Soccer Tees ties together danceable riffs, evolving time signatures, and dynamic variation to create its own brand of emotive rock. The small-scale note-by-note interplay between instruments disintegrates for choice moments, only to recoalesce into a heavy sound that matches the weight of the band’s lyrics. From 2016’s “Glitter on My” EP and into the present, Soccer Tees explores the soft and sharp sides of existence.

Max Gowan was born and raised in Raleigh, NC and is now graduating from college in DC. He has been writing and home-recording albums since late high school, and has toured the east coast with a live band several times. His latest release is called Bygones.

Madam! Madam! Bio: A band that started with high school friends Matt(guitar), Grady(guitar and vocals), Nick(drums) and Lauren Simmons(vocals), Madam Madam is alternative/indie rock influenced by the likes of Rage Against The Machine, Indigo De Souza, (Sandy) Alex G, Nine Inch Nails as well as many other 90s and modern rock acts. Recently they added Nick Trombetta to their lineup to hold it down on bass and sometimes vocals.