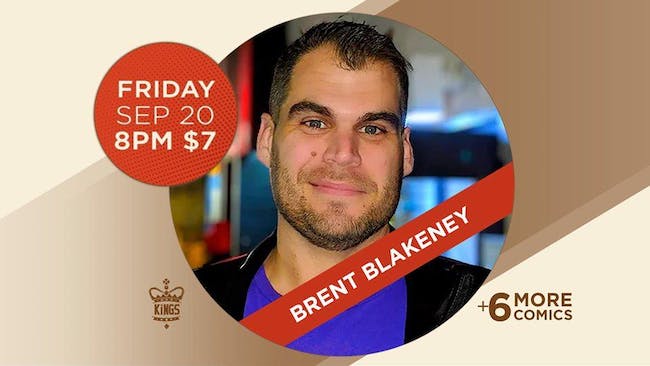 Summer may be over but we still have a hot lineup! Join us this month for headliner Brent Blakeney!

In 2015, Brent was picked up to be the featured opener for "Last Comic Standing" winner Jon Reep. He has accompanied Jon around the country performing in clubs and theaters alike. In 2018, Brent was a national winner of Kenan Thompson's "Road to NYC" contest earning him a showcase at the historic Carolines on Broadway.

Doors open at 7:30. So grab some friends, and kick off cool weather with this hot show!