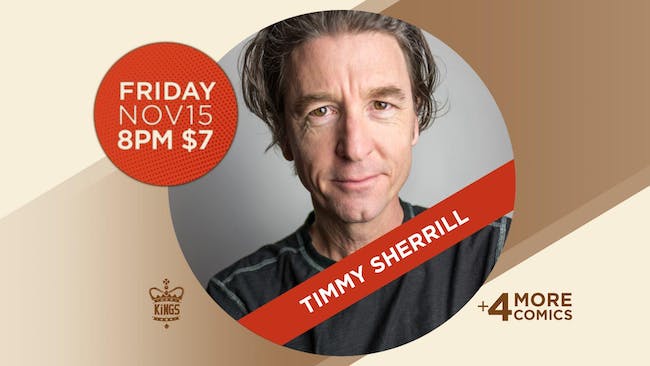 This month we have the hilarious Timmy Sherrill headlining! Timmy is an actor, Comedian, and a Comedic Storyteller. His acting credits include, HBO's John Adams, Ironman 3, and Secrets & Lies. He has been a working comedian for 8 years, and is the owner of two Comedy Clubs. His storytelling style of southern wit, has earned him a reputation as one of the most intriguing comics to listen to.

He will be joined by Caleb Elliott, Julia Desmond, Spencer McRay Bland, Andrew Gleason and your hosts Mark Brady, and Shane Smith!

Doors open at 7:30, grab your friends, and get to Kings for another great Loafer!