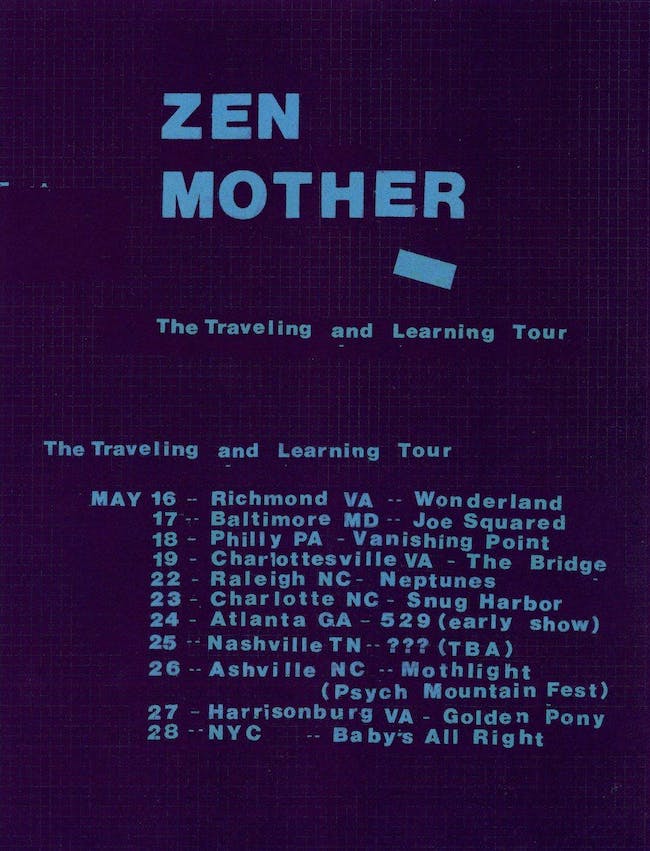 Zen Mother is the hive mind of Monika Khot and Wolcott Smith. They formed the project after trading avant-garde secrets in 2015, and quickly decided to weave those secrets together into a heavy, electronic-rock based duo, often with the addition of a cellist and drummer. The music is dynamic in nature, lending itself to sonic focus and harnessing control of the mind. Industrial harshness is paired with ambient beauty all alongside the ever-pervasive feeling of torment.

In 2017 after a 33-date US/Canadian Tour and the release of their first full length I Was Made To Be Like Her, they were awarded a residency to re-score the mind-expansive cult film, Jodorowsky’s The Holy Mountain, which was foreseen by local newspapers to be a “mindfuck-redefining mindfuck”. The score was mixed by Randall Dunn and is slated to be released this year. In 2018, Zen Mother did a 5-date tour in China in the surrounding cities of Shanghai.

The beginning of this year, Zen Mother finished recording a new full length with producer Randall Dunn (Sunn o))), Earth, Marissa Nadler) at Figure 8 Studios in New York. Zen Mother is currently working with Turkish film director Mu Tunc on music video collaborations for some of the tracks on the new record.